You are here: Home › Brexit and pet passports
By Fionnuala on September 18, 2020 in Park Pets Blog 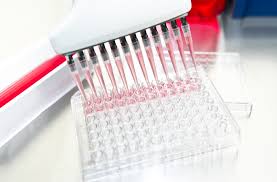 Brexit is fast approaching. For any pet owners travelling to or from the UK or Northern Ireland in 2021 it’s advisable to get a course of rabies vaccination now and get rabies serology testing done at an external laboratory. This allows time for vaccine failures or failed results. It’s best to get a course of two rabies vaccines three weeks apart, and a blood test after that; so the whole process can take about six weeks.

We still don’t know what the final arrangements may be; but without a deal all EU passports issued in the UK will become obsolete on January 1st, and new import/export documentation will be required for travelling to and from the UK. It would be wise to get any Uk pet passports re-issued with an Irish EU passport.

If your pet has been vaccinated and has a positive immunity level on blood testing, you would be in the best position for any eventuality.

Ireland and the UK are rabies free countries at the moment, and so with test results we would hope you could travel within a short time frame; but restrictions could be anything up to six months after a positive test result depending on what governments decide.

Be prepared! Worst case scenario if you’re caught out unawares, and rules have changed, would be six months quarantine for your pet.

Hopefully our UK neighbours will sort themselves out soon; but it seems they can’t make up their minds; and they’re taking about ripping up treaties and reneging on agreements; so I would advise caution and preparedness in relation to travelling with pets in early 2021.

It would be perhaps a little unwise to rely on the historical close ties we have had without neighbours, and assume there will be special arrangements for travelling with pets to the UK from Ireland; because until things are finalised; as it stands Britain will be outside the EU, and we will still be EU members obviously, and therein lies the conundrum.